AND WHETHER YOU BELIEVE A WORD OF IT

IS UP TO YOU 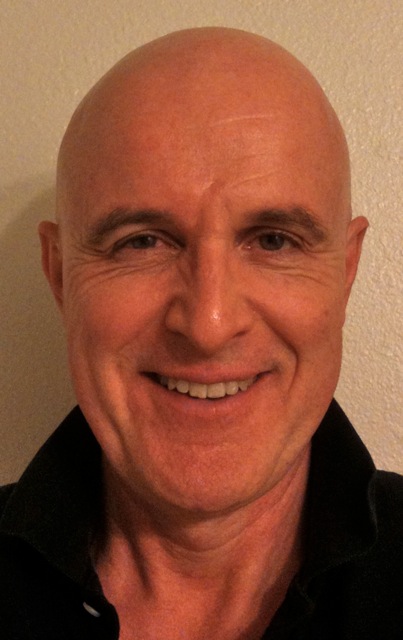 
JIM'S NOVEL ABOUT A VAMPIRE SOLDIER-SPY!

It's a roller-coaster ride of espionage, murder for hire, grand theft and bloody revenge as an undead assassin-spy journeys from 1960s Saigon to the outer planets of the twenty-third century. Part hard boiled, part sci-fi, part dark comedy, "...it will appeal to anybody who enjoys vampire books. I’m gonna hate myself in the morning but I need to keep reading!" -- Well, that's good enough for me! Let's find out more:
THE VAMPIRE IN FREE FALL

JimHull.com is a blog all by itself, but Jim decided to spread the wealth over at Wordpress. Drop by and check out his latest bloggy blah-blah bloviations (say that six times!) -- after which you are free to make fun of him in your replies. Don't worry: he can take it! Sort of.

Jim has so much to say (the technical term is logorrhea, but Jim prefers "expatiation") that he simply had to start yet another blog. This one focuses on solving tough problems, especially in the world of work and business. Check it out: JimHullSolutions.com

The most popular page on JimHull.com! Read famous quotes from movies -- (or don't, and say, "Frankly, my dear, I don't give a damn") -- and then offer a few of your own favorites, why doncha?


JIM'S BOOK ABOUT THE FUTURE!!

It won't be "human versus machine" but "MACHINE versus machine" in the near future, as humanity watches from the sidelines while robots -- powered by artificial intelligence, genetic algorithms, and neural nets -- battle it out for the jobs we used to have... OR WILL THEY? Just because machines will soon outproduce humans in nearly every imaginable job category doesn't mean we can't still partake. The key is creativity, and Jim tells how he thinks it will go down in his new book, Are Humans Obsolete? Check it out!

Sue Hull's historical romance, MARA HAVILAND, is now available on the Kindle Reader! And it's in ten different ebook formats ... oh, and it's also in print! (You remember actual books, don't you?) MARA is definitely a page-turner -- check it out here.

HAVE JIM SPEAK AT YOUR MEETING!


Jim takes a jaundiced and humorous look at our "society of adolescence" and warns us to wake up and prepare so we don't get left behind when robots and computers start doing everything better than we can. Based on his book Are Humans Obsolete?, Jim takes audiences on high-speed odysseys through the topics of Creativity, Science vs. Religion, Why the Big Things Don't Work (and How You Can Benefit), and the Three Futures of Employment. You can book him right this minute by clicking HERE!

JIM EXPLAINS THE USE OF EXCLAMATION POINTS IN WEB LINKS!
(Not really. Just kidding)

GOD and the FEDS

A lot of conservative religious people are complaining that the federal government simply refuses to express proper Christian sentiments on its documents and buildings. There's a reason for that, you dodos! It's to protect YOU.

Oh, for crying out loud, Jim! Have you gone totally dorky? -- Um, no, not exactly. But I have inserted my opinions into a lively debate between mystics and scientists. Yes, that's very dangerous, but I'm fearless when it comes to philosophy, and I have the degree to prove it. Remember: I'm a professional! Don't try this at home!

MORE FUN FROM THE MIND OF JIMBO:

THE ARTS! Jim thinks he's a critic! He's got opinions about films, books, fine art, commercial art, you name it - stuff he probably doesn't know anything about.

CITY LIFE! Are there things about the urban scene that bug you? Well, by golly, they make Jim cranky, too! ...Plus other odds and ends about big towns that Jim just has to share.

NATURE! Jim once read a little Isaac Asimov, and now he thinks he's a scientist.

PHILOSOPHY! A university was lenient and gave Jim a degree in philosophy, just to get him out of its hair, and with that scrap of paper he passes himself off as a great sage. Hah! But you be the judge.

POLITIX! Watch out, liberals and conservatives: Jim wants a word with you. ALL of you.

HUMOR! You've probably heard these before, but let Jim retell 'em just one more time... Plus the Archives of Swami Jimbo!

ABOUT JIM HULL: Where did he come from? When will he go back? Why is his life story so boring?

TALK TO THE AUTHOR! But caveat auctor: Jim reserves the right to put your little screed on his Web site! (And he has no dignity about this, so be careful what you say...)

...And Readers Talk Back!


"I look forward to great things if it's anywhere near as good as the promotional material." Lynne White, ad executive.

"HONEST TO GOD, JIM, your life - what little you have revealed - is the nucleus of a novel that would appeal to millions of your generation." Robert Rimmer, author, The Harrad Experiment, Proposition 31, etc.

"Do I know you?" Stephanie French, theatrical director

" . . . Just reading your web site and it was very amusing. The little blurbs you write about the various sites are the best part of it." Larry Wilson, producer, entertainer

"I like what you have done, though it is going to take some time to read it all. I'll consider it a 'Web Novel' that I can read late at night so I can fall asleep!" Elizabeth Bloombaum, therapist

"Oh my, this little trip to your site could have swiped me away for all day! . . . Very interesting, and you are a very entertaining writer! . . . I really enjoyed your site and plan a few more forays very soon!" Ginger Berglund, jazz singer

"Pretty popular web site, huh? I couldn't even reach it! 'Server not responding -- contact system administrator.' Hey, System Administrator! Get more ports for all your fans! . . . This is like getting in line for two days for Stones tickets. You're not going to take your shirt off, are you?" Lynne White, ad executive

JIM HULL'S NEW BOOK -- THE VAMPIRE IN FREE FALL -- IS AVAILABLE! OWN IT TODAY!


This site uses third-party advertising companies to serve ads when you visit our website. These companies may use information (not including your name, address, email address, or telephone number) about your visits to this and other websites in order to provide advertisements about goods and services of interest to you. If you would like more information about this practice and to know your choices about not having this information used by these companies, click here.