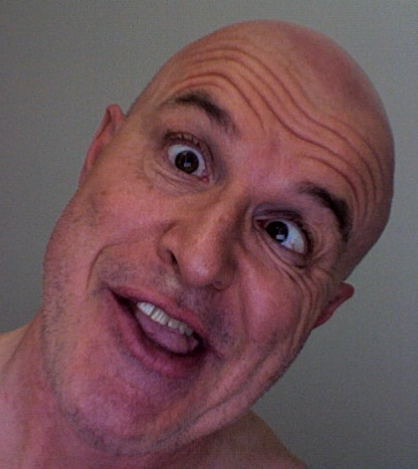 (Jim looks funnier than his jokes)

You'd think mass unemployment would not be a good subject for humor. But Jim Hull's new book, ARE HUMANS OBSOLETE? manages to find the droll and sardonic even in our coming battle with machines for workplace supremacy. And he offers some lively ideas for how we can reap the benefits of automation AND get the last laugh. Check it out!

Jim did a little "research" and "found" some VERY thin tomes...

Politicians can get so long-winded! Here's how to read between the lines...

Poetry of the past, brought to the future, and filtered through the mangled mind of Jim...

WHY IT REALLY RAINS IN L.A.

Jim knows, because Jim causes it!

A PUNCHLINE SHY OF A JOKE

(Jim thinks he's funnier than the humor he gets off the Internet... Right.)

ONLY IN AMERICA, PART 2

("Only in America" can you read jokes this dopey. No, wait, it's the Internet! Samoans and everybody else can read them, too.)

(Jim received a list of silly puns, and then Jim got carried away...)

ODE TO A MOUSE PAD

(Jim and a friend conspired on this one)

THE ARCHIVES OF SWAMI JIMBO

In which we look back at those exciting annual December campaigns wherein His Holiness, Sri Swami Suchabanana Rama Jimbo Propaganda takes his followers to the cleaners --er, attempts to raise resources for his Ashram.

...for research purposes only, of course!

THE FARMER AND THE PENGUINS

BREVITY IS THE SOUL OF WIT!

(One-liners, for people who get bored easily)